The End Of A Journey & The Beginning Of A New One

Operating since 8th December 2009, Warfare Online has ventured along with Warfarians from all around the world coming together as one. Now, it is time to end this chapter with the official closure of Warfare Online on the 8th of June 2022. 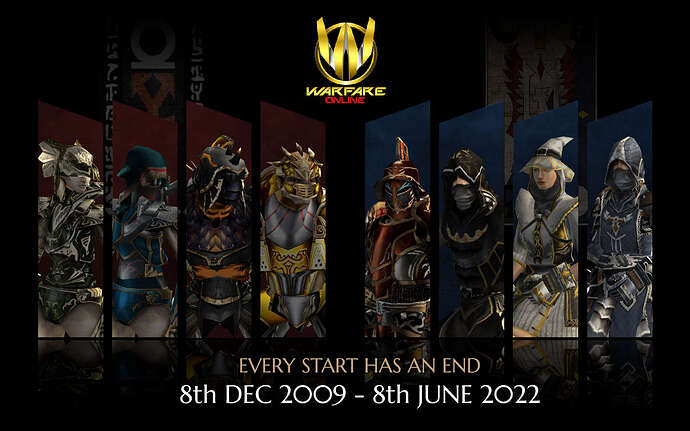 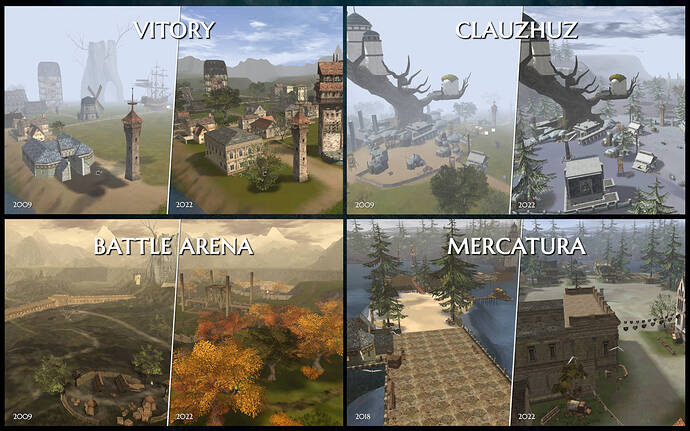 With that, we are glad to inform a new game development starts in the upcoming Q2 of the year 2022. Details of the new game will be updated from time to time. The game is set to be a 3D MMORPG race war resembling several concepts from Warfare Online such as Item proportions and value, Play to earn concepts and so much more. The new game will also have a new item & currency structure. And so, we shall welcome this new chapter alongside Warfarians… 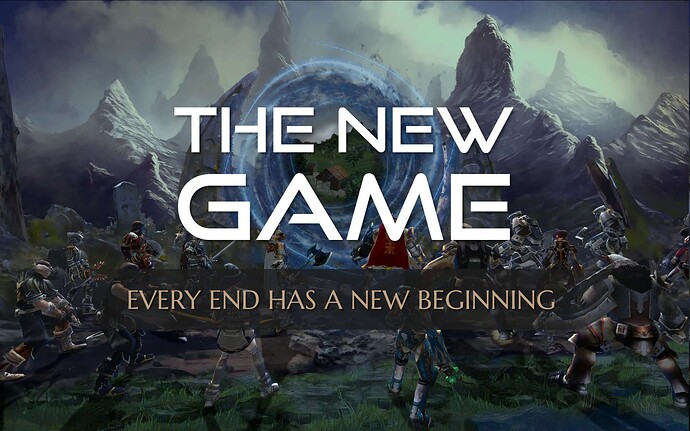 Eligible Web Accounts with requirements met will be transferred to this new game prioritizing our Warfarians have early access and special perks in playing it retaining value of items held in Warfare Online. With the new game being a community driven project, it is envisioned to form a world focusing on player-centric elements. 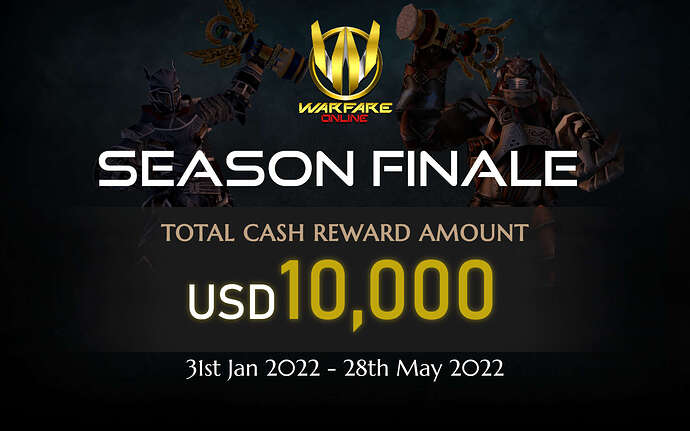 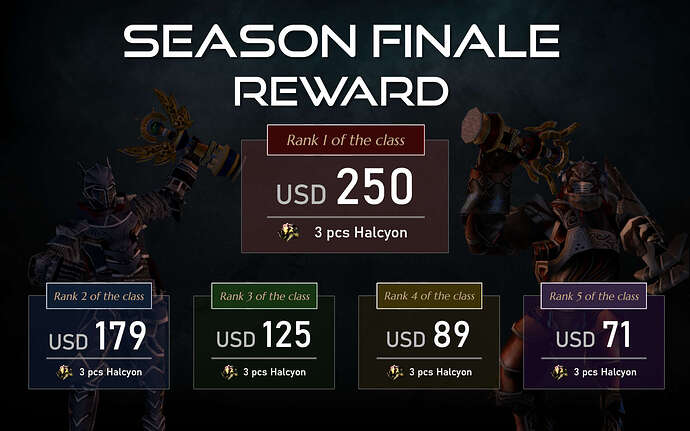 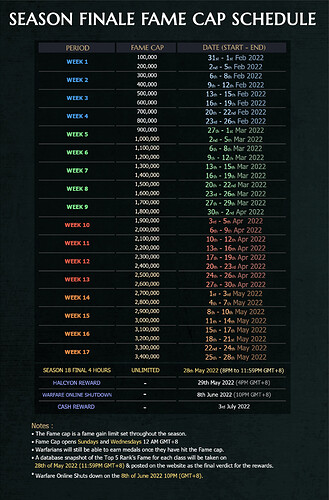 A New ERA – A New GAME Is Set To Be Born

The new game which is a 3D MMORPG Race War, incorporating cryptocurrency taps into a brand new area that resolves many issues games face. Visit this link to understand further about MMORPG’s and why future technologies such as Cryptocurrencies and Blockchain is the way we are headed: Could Crypto Be The Future Of MMORPGs? - YouTube 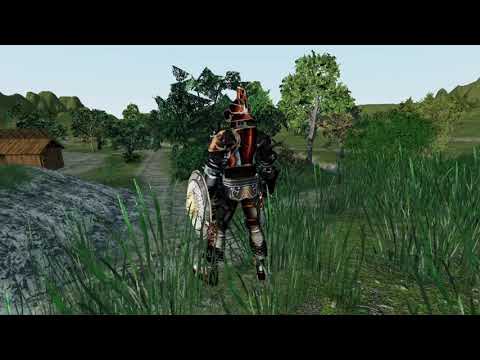 The video link provided above shows the research and development done over a year ago which currently has taken shape. There is a lot more development running in the background currently which will be revealed soon.

Key features of the New Game:

I. Beginning Development On A New Game Engine

The new game engine we are working on has a lot more features in terms of physics, collision detection, renderings, etc. providing a lot more room for development. There are a lot more tools available in newer game engines that allow developers to build a much better game nowdays that would give an edge to players. This provides endless creative possibilities for developers & constant entertainment for players with constantly improving and progressing game plays and game mechanics. Newer game engines are also much more reliable when it comes to resolving hacks. With the Play To Earn concept incorporated the infrastructure is designed to ensure we combat exploits so players can earn in a fair, honest and highly secure platform.

Built almost 2 decades ago, the current game engine was not built to support more than 200 players on a map. However, with the new game engine, we can. We will be able to create a game that supports 1000 people in a map without compromising aspects, especially visual effects. With developers on board working on the new engine, the game can be structured to host large PvP wars.

III. Play To Earn On A Safer Environment

IV. Play To Earn With True Ownership Of In Game Items

In Warfare Online, players do not actually own their items as the items are actually stored in a centralized server. With NFT’s, that is not the case as it allows true ownership of items with assets stored in a blockchain allowing players to access them via a Cryptocurrency wallet.

The demand of Warfare Online items are low compared to games that offer NFT’s. While some items in Warfare Online has been sold up to USD1000, it is merely a fraction compared to that of games which have NFT’s incorporated. One good example is Axie Infinity, a game that has the Play to Earn concept utilizing Blockchain and the use of NFT’s. Axie Infinity has grown in value, increasing players’ item worth and value all together with some Axie Infinity NFT’s being sold up to USD100,000. With this, the adaptation of NFT’s that will ultimately provide rarity, utility, and tangibility in the upcoming game can exponentially drive the value of items up to 10x or even more.

VI. Multiple Platforms With A Wide Range Of Demographics

The new game that is built on a new engine will also be scaling towards console and mobile gaming in the future. With UI/UX taken into priority to build the game, players from all sorts of demographics including the older and younger generation of gamers & crypto enthusiasts can get involved. With this, we are targeting 5-10k players online.

The new game engine will cater for a wide range of users with mid range computers. The Item Transfer List that are eligible is shown according to Category’s.

What do the following Categories represent? 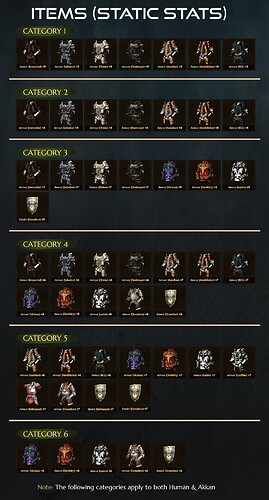 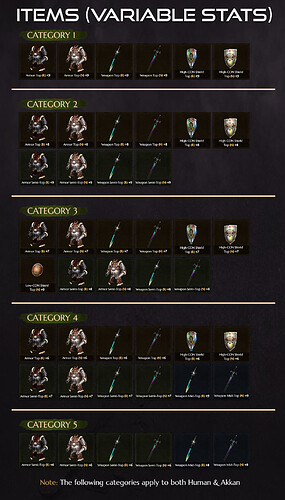 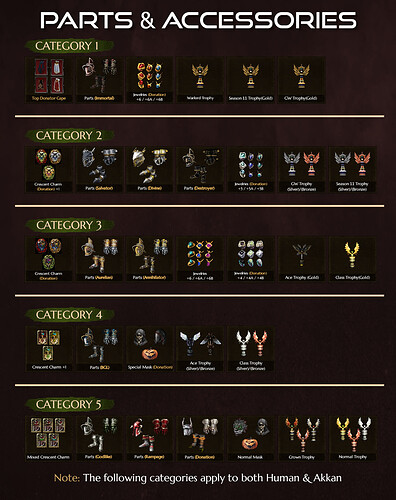 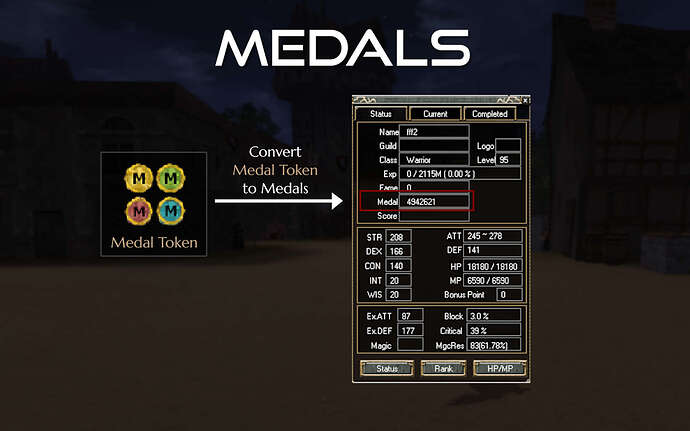 With a new game engine required to build the new 3D MMORPG that incorporates a unique game-play featuring cryptocurrencies & NFT’s, more time and expertise are indeed focused on. The New game is also a community driven project with community members working along with the developers for updates and game builds. With this, an efficient feedback loop would be established in all stages. 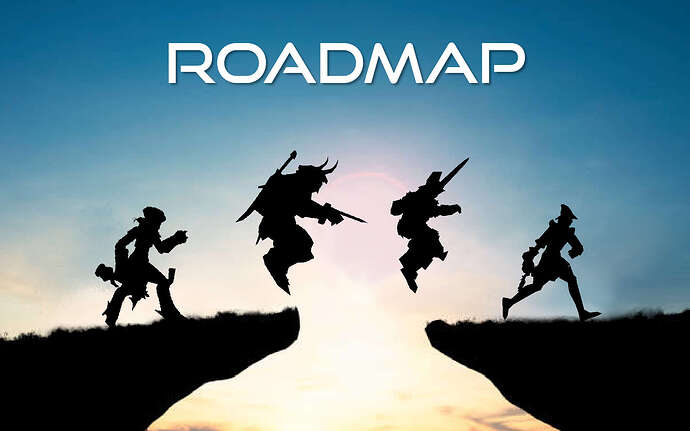 This is where we would also like to introduce the

Key. Keyholders are specific to release stages and will get to transfer their Warfare Online Web accounts accordingly once the Web Account Transfer Registration opens. Keyholders will be Game Testers who will work closely with the developers in testing the game releases.

Take a look at the timeline below that shows the estimated time period from Season 18 of Warfare Online to the Development of the new game.

The timeline above may be subjected to changes

Web Account Transfer Registration is the application for those who wish to transfer their Warfare Online Web Accounts to the new game.

No. You must register for your account to be transferred.

How do I know if I am eligible?

All eligible web accounts will be transferred when Alpha-0 is released.

What is a Key?

A Key is given to those who are eligible to join the new game’s releases as Game Testers.

How many Key’s are there and are they specific to a Release Stage?

For every stage there will be a key and yes, they are specific to a release stage. For instance, only Pre Alpha-0 Keyholders will be able to access the Pre Alpha-0 release.

How will I obtain a Key?

You will be given a Key upon the Web Account Transfer Registration and only if eligible.

What are Release Stages?

Release stages are the new game’s builds which are selectively released throughout the development cycle of the new game.

What is the first release stage and when will it be released?

The first Release stage is the Pre Alpha-0 estimated to be released in Q1 2023.

Do I get to pick the Release stage I am interested in?

Unfortunately, no. The management will screen out your Web Account and assign you a Key to a release stage.

Will the new game have Warfare Online item structure?

No. The new game will have a new item structure.

Is the new game Free to Play?

Yes, the new game will be free to play

What happens to my Warfare Online items?

Upon meeting the minimum requirements, all items in a Web Account will be transferred accordingly taking into consideration item rarity and value. If you have a rare item in Warfare Online you will have a similar proportional value in the new game.

If you have further inquiries or questions, contact our support for more information.