Citizens of Warfare Online, here is a beginner’s guide that will help you in leveling and item progression.

The maximum level a player can obtain is currently set at Level 98.
The soft cap in leveling is from Level 1-95.
The progression between Level 95-98 is the hard cap where you can either solo level up 95-98 or party level up 95-98.

First, let’s work with the leveling aspect of the game from Level 1-95 and how to go around the map as you level up.

Note: Make sure to upgrade your class once you achieve Level 10 in order to use the higher tier skills.
At level 10, you may speak to your class trainer and choose the class upgrade that you want to become.

Note: Make sure to loot as many gold as possible during your leveling grind, it will be very useful in the long run and specially once you hit the soft cap Level 95.

The skills are learned through books that are being sold by your class trainer.
Level 1 up to Level 3 books are sold by the class trainers while the Level 4 books has a chance drop or looted from the defeated monsters.

The stat points that you gain in every level can be distributed to your Strength, Intellect, Dexterity, Constitution and Wisdom depending on what your class is, make sure to pay attention to your class trainer during the class upgrade process so that you know which stats is best for your class.

Starting map for Kartefant (Human) is the South Coast region. 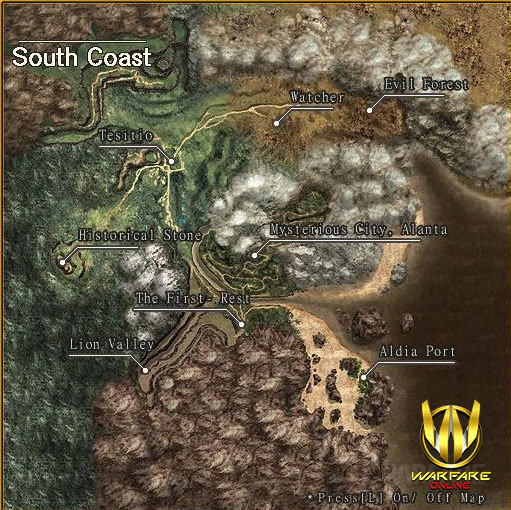 Moving on, you will have to move to the next region in order to fight stronger monsters that will grant you with a much better leveling experience. To travel beyond the starting region, you must proceed to the teleportation portal.

For the Kartefant (Human), you must go back to Aldia Port and talk to the Teleport Guardian to Sainna Island. 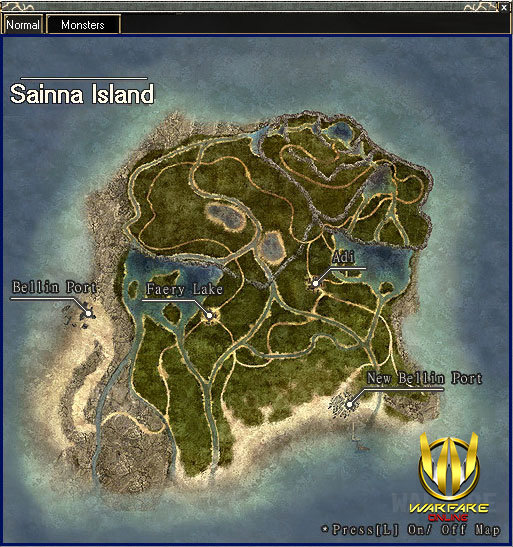 And here we are, the Caernarvon region.

This is the region for leveling grind from Level 65-95.
The hard cap in leveling between Level 95-96 takes place in Caernarvon as well, these are bosses and mini bosses in specific areas in Caernarvon and these are the only monsters that grants experience for the Level 95-95 leveling grind. There is an item called Experience ball that randomly drops from mini bosses and boss that grants experience as well.

The boss and their mini boss location, I will have you find them out yourself

a bit of an extra challenge for a newbie right? darn right 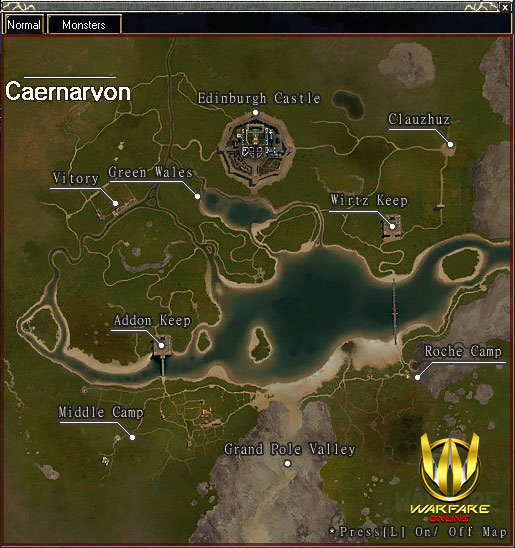 In the Caernarvon region, anyone can level anywhere they want to just be careful though because the opposing race can attack you anytime while you are busy grinding for experience.

For starters, for those who just hit Level 95; I strongly advise that you work your way towards the following sets of gears during your transition towards the end game itemization.

Note: These are builds common builds for each class, you may tweak them according to your style of game play.

Warrior : 140CON and 150DEX, from here you may allocate all of your points to STR
Warrior Skills : Maximize Axe Mastery, Sword Mastery, Hack and Slash and Pummel

Defender : 150DEX and allocate all of your points to STR
Defender Skills : Maximize the mastery of whatever two handed weapon that you wish to use.
Maximize All defender skills and Pummel

Sorcerer : 160CON and 140DEX, from here you may allocate all of your points to INT
Sorcerer Skills : Learn Fire, Ice, Lightning and Vampire Kiss up to Level 4.
Make sure to learn magic cell at least up to Level 2 and Bloody Mana up to 3.5 or 4.
If you have extra skill slot it is best to get Death Call.

Enchanter : 160CON and 140DEX, from here you may allocate all of your points to INT
Enchanter Skills : It is best to get Entangle to Level 4 and maximize Crush.
Make sure to learn magic cell at least up to Level 2 and Bloody Mana up to 3.5 or 4.
If you have extra skill slot it is best to get Weapon enchant for party buff.

Cleric : 140CON or higher if you wish to wear heavier armors and rest is set to DEX for a quicker heal recharge rate.
Enchanter Skills : It is best to get Heal to Level 4 and maximize Courage/Bless for party buff

Priest : 168WIS and rest is to DEX for a quicker support skill recharge rate.
Priest Skills : It is best to maximize +DEF/+ATK buffs and Defense Aura for party buff

1 Like
Newbie Guide(Share this to your friends!)
Beginner's guide to Warfare Online
Season 12 Countdown!
Season 12 has begun