Here we are! Welcoming the new season 14 on the 27th of September 2020! Before the season starts, several updates are targeted to be announced and implemented on the 23rd of September.

Warfare Online has welcomed many new people from all over the world who we now call Warfarians. With our management team expanded and more developers on board, we have countless updates and events to deliver the best any Warfarian could experience.

Season 14 will bring in new game mechanics to improve overall gameplay. This is to ensure Warfarians around the world could experience true gaming. A few updates will be implemented, highlighting the Fame Cap. 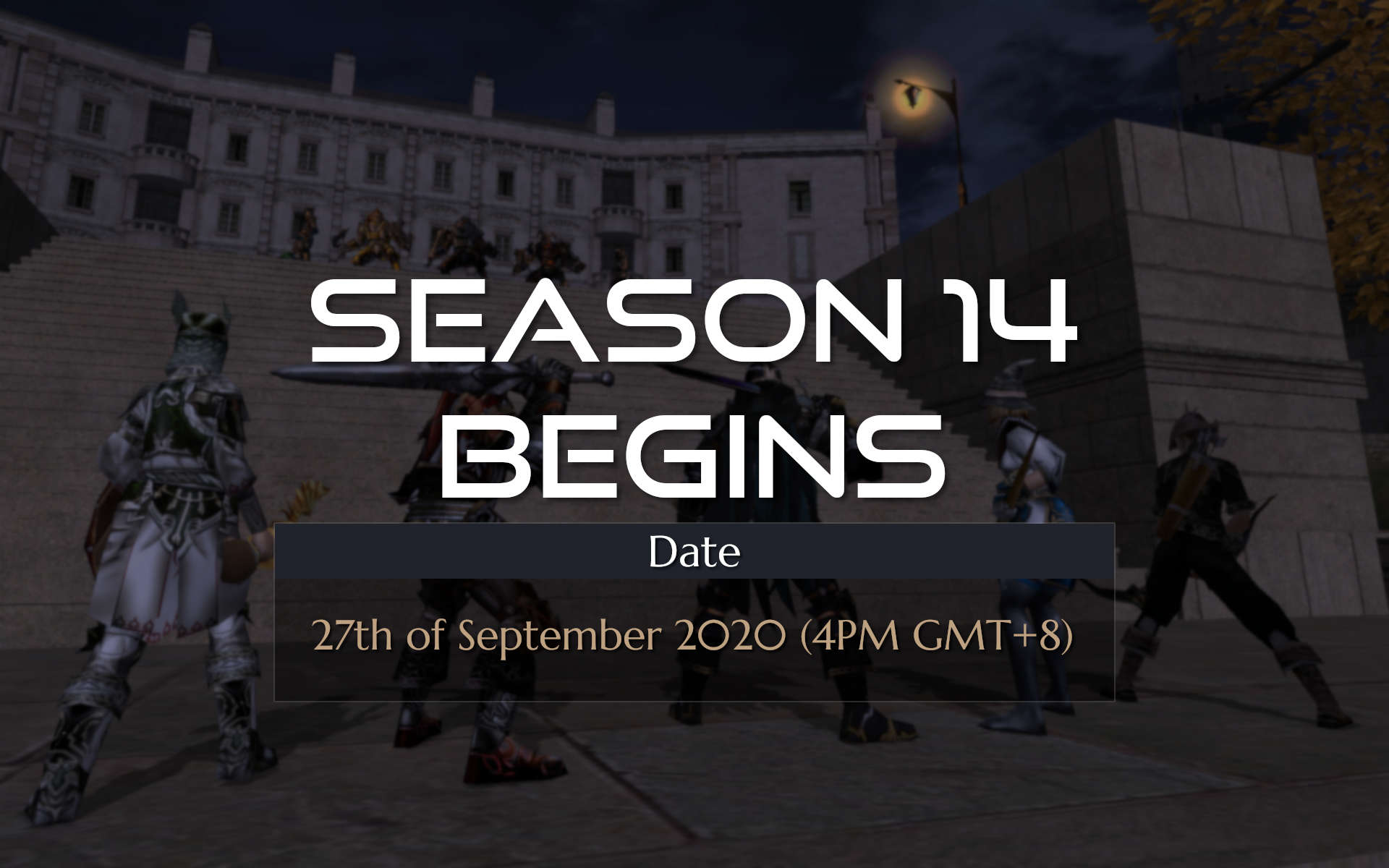 Season 14’s fame gain is ought to be twice as hard as the previous season with the implementation of the fame cap. The fame cap is set on a weekly basis, starting every Sunday and increases as the weeks go by. It requires to be a true Warfarian to hit the weekly cap. However, to keep the final 4 hours of the Season racy, Warfarians can earn an unlimited amount of fame which will lead to the final verdict on the top ranks. 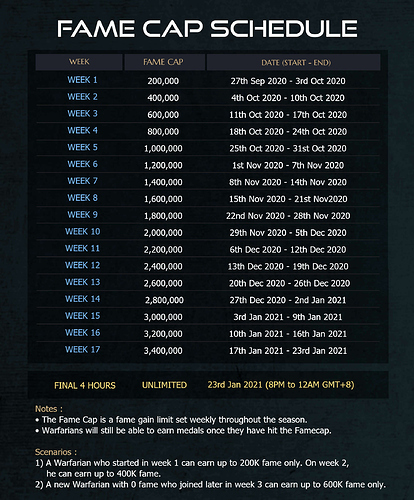 Referring to the graph below, previously, without any fame cap, the population is at its peak at the start of the season. Very low activity throughout the maps are noticed in the middle of the season and gradually increases only later towards the end of the season.

With the new fame cap introduced, the population is projected to be almost linear throughout the season. 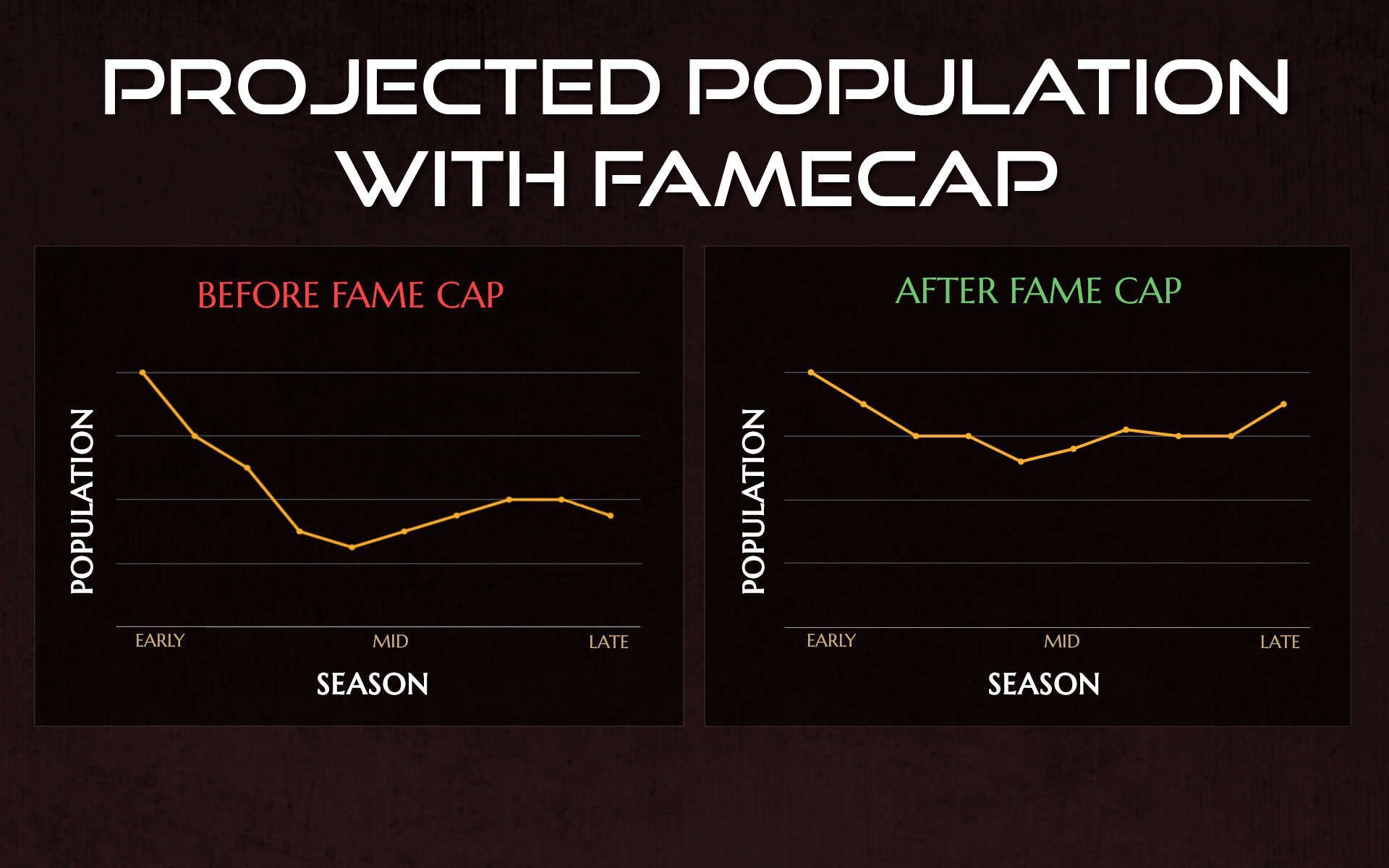 Benefits of the proposed Fame Cap:

The Fame ranking is amended to properly classify the rank titles of Warfarians in accordance to fame gain. Now, there is proper progression from one rank to another. This allows Warfarians to evaluate their abilities on how much fame they can gain which then reflects as their rank title. Fate has yielded its reward for Season 14: Lord of lords, The Divine Set.

With the previous destruction unleashed,
A ray of creation and restoration perpetuates.
Living among Warfarians now, waiting & protecting, is the heavenly Divine.

Along the Divine set, top ranks are rewarded with The Rare Equipment Enhancer Metal: Viridian

Here are the qualities of Viridian: There will be 2 maps allocated for the Arena.

Both Arena maps will be accessible for PvP wars with each having a 60 vs 60 population limit. This is done to cater for the increasing number of Warfarians and to have a smooth game-play for all.

You will need to login to your web account and follow the instructions to add a phone number to enable 2FA. The 2FA is required to login in-game in Season 14, thus Warfarians who do not have 2FA enabled will not be able to access the game. This is done to provide better security for the web and game accounts of a Warfarian.

Note:
1 phone number can be used for up to 5 web accounts
Once you have added a phone number, you will not be able to change it.
Alternatively, you may set up an authentication app such as AUTHY or GOOGLE AUTHENTICATOR for your 2FA to speed up the 2FA process…

Our team will go through all your comments on the game play, bug fixes, mechanics, rewards, etc.

Hats off to the Warfare Staff! The new fame cap system is a truly revolutionary move for our favorite MMOPRG. It sounds very logical on the paper especially in terms of having high population throughout the season. Of course, there may be disturbing things that are not in the plans about this system or players may abuse it somehow (trust me some people’s brains are fixed to just trying to find errors in any system) however I do believe anything can be compensated and the game continues where it left off.

My humble suggestion to the current players is, let the new Warfarians join to the community. All these updates are what The Staff can do to welcome them. You do your part.

For years I have been told to be neutral to the all servers as a community page admin, but some facts must be told on public. Warfare is a server that constantly renews, updates and develops itself for more than a decade. It is the most organized server I have ever seen. Everybody should be appreciated for it. So instead of bombarding the Staff with your preconceptions, try to concive the outcomes and benefits of the fame cap.

Looking forward to see some intense PvPs in Season 14!

Hi .
Please consider back date of new season .
many people already take leave for that 19.9.2020 , now you make change to new date .

The 2FA was set to be required to login in game on the 16th of September, however some Warfarians from several countries reported either a delay in receiving the 2FA or not receiving it at all. Due to this, Season 14 is set to begin on the 27th of September as the technical team requires 1 week to resolve this issue.

any possibility to anable the usage of the number IV inventory tab next season?

First, i want to thanks all admins for your hard work. I have just less than 3 weeks in this server, and i think this server is great.

I have some suggestions :
#1. As Kiko wrote, IV tab inventory is very useful, especially in this server. Other RYL server succesfully enable this IV tab.

#2. Please make items in inventory auto stack. Other server can make drop package auto open and auto stack. I think it would be great if this server also can do those stuff.

#4. If you think there are more new players to come, please add more farming spot for players or increase Ore/Gem Rustler spawn rate. When 3 farmer at one spot, kill same mobs, spawn s not fast enough.

#5. Everyone knows levelling from 97 to 98 is hard. Even many old players stuck at 97 (see the fame rank - char level). The problem is hard to party for bossing. Most of old players only want to party with someone they know. 100K exp /kill will not help especially with this coming fame cap. And buying exp orb also is not a solution. It is true that you lowered all mini bosses defence so 3-4+ players can kill, but to kill a mini boss takes minutes for few 50K exp orbs??? So, i suggest that all players can get maybe 50k exp/kill from all special mobs in caernavorn, so players can solo or party for some exp. Just saying.

Dear Admin
now the new seasan is comming and there will be bugg fix complete do the metals and jewels from teddy bear or gem box not pile up together immediately, it is an idea to arrange it with kind regards silencer

PLEASE START THE NEW SEASON ON SATURDAY (9/26/20)
its is hard for all EMPLOYED players to play on Sunday, so we can catch up on other player