Day 2 ended with both Kartefant guilds battling their way, for one has advanced to the Grand Finals which is the -TheFinale guild and the other, Z-Finale comes face to face with the Merkhadians of the Kasperskyz Guild today.

Day 3, the Semi Final Match : 16th of March 2022 at 8PM GMT+8 later will determine if the tactical Merkhadians of the Kasperkyz will proceed to the Grand Finals or the resilient Z-finale of the Kartefants will advance to the Grand Finals to battle their previous nemesis once again. Nevertheless, this match will decide the 3rd place of the entire Guild League with an exhilarating Grand Final in the waiting. 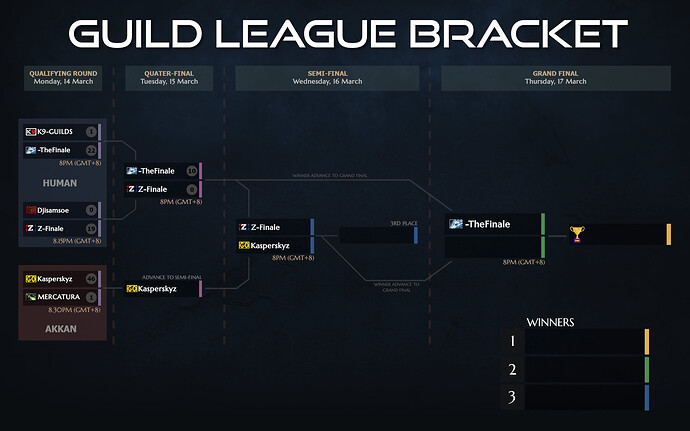 Note: Scores are displayed in the circles beside the name of the Guilds