The Guild League starts today, 14th of March 2022 at 8PM GMT+8 in the known land of battles against guilds, the Almighty Land. The first day of the 4-day-long league will take place to determine the strongest guilds that will advance to the next round! 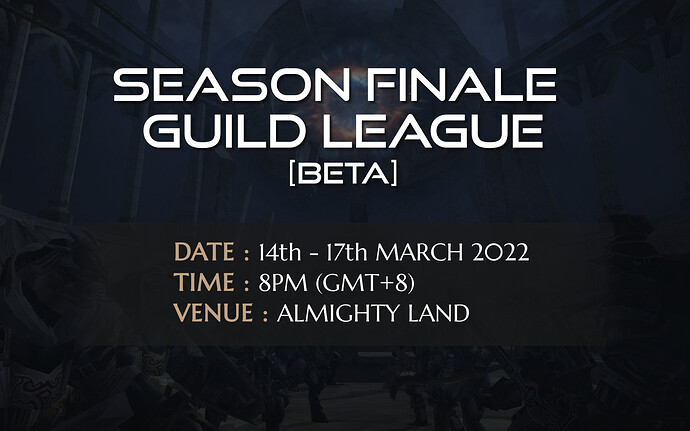 The following guilds have been placed with their respective opponents with matches as per scheduled in the Guild League Bracket. For Day 1 of the Qualifying Round, Humans will battle Humans and Akkans will battle Akkans signifying one does not fight for his race here but his guild instead.

So, brace your armors and weapons Guilds! As tonight is the first battle night! 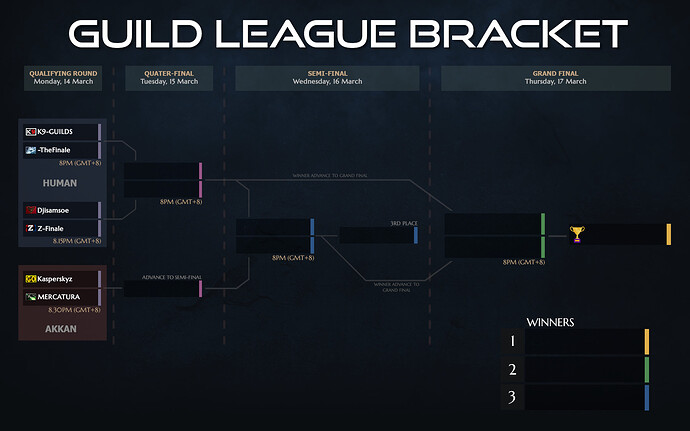 Note: Due to the participation of only 6 guilds, the guild league bracket has been revised in the most efficient way.