The Grand Final has concluded. Both guilds have shown their reasons of why they are the chosen ones to come this far as the match ends up in a tie. With determination to win and not waste a single moment, the Kartefants of -TheFinale guild & Merkhadians of the Kasperskyz guild have put on their best game resulting in the same score.

However, there shall be only one winner and in accordance to Rule Number 8 of the Guild League Rules & Regulations “In the event both guilds have the same score, the guild that has reached the score first is considered the winner” concludes -TheFinale as the Grand Final Match Winner with Kasperskyz in second place. 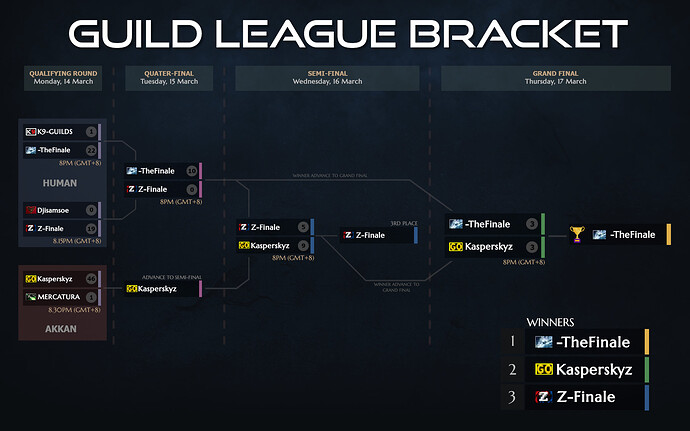 Note: Scores are displayed in the circles beside the name of the Guilds


Note: Guild League [BETA] Rewards have been inserted into the vaults of the respective Guild Masters