The Season 16’s Fame Cap Schedule is about to improve for a healthier population during wars. Previously, a Fame cap of 200,000 opens every Sunday and many await the week to achieve the utmost possible fame at wars. Upon reaching the fame cap, war populations are seen to decrease leaving the wars hanging and disrupted.

The newly revised Fame Cap Schedule provides an engaging game play with a healthy population during wars. A Fame cap of 100,000 is now scheduled to open every Wednesdays & Sundays 12AM GMT+8 starting from WEEK 10 8th of August 2021 to balance out the population of wars. 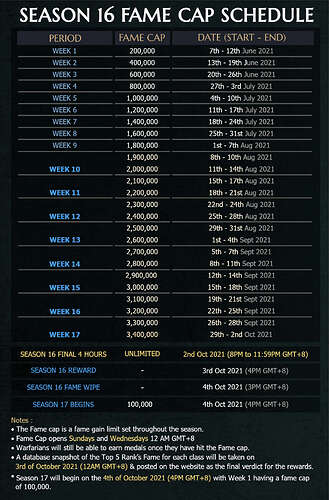 The old schedule has seen a downward trend in terms of population due to the fame cap opening on just one day (Sundays). To get the population of wars to stabilize itself, the newly formed fame cap schedule that has split between two days (Wednesdays/Sundays) will ensure an active number of Warfarians participating in wars. 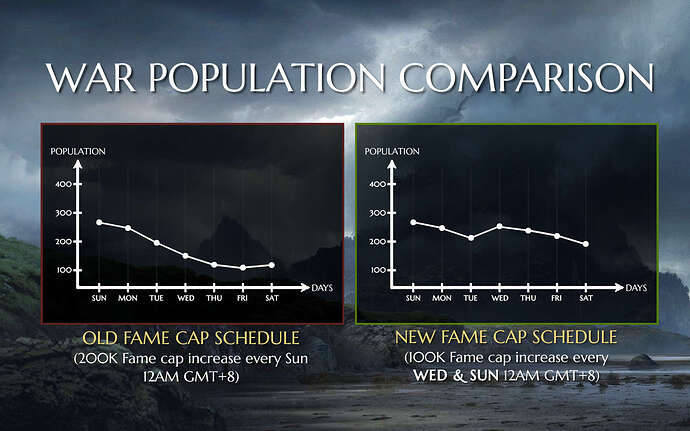 As a result a brand new game play is to be born. A new game play as this will also open its doors to many War Events such as Battle Lohan Events and Boss Events. Let us know your suggestions and feedback on the New Fame Cap Schedule.