Basic priest stat for any beginner!

Character Name:
My IGN (In-game Name) is -DieHard- as well as JMaestro-Jilah (a new priest that I am building for next season with new name)

Class Stats:
Since I am focusing on explaining BASIC PRIEST STAT FOR BEGINNER, it is best that I share about the stat of my JMaestro-Jilah stat which is at Level 95 currently. At my current level, my stat for the priest is:
20 STR ( LOWEST POSSIBLE)
210 DEX (HIGHER IS BETTER, for better COOLDOWN)
162 CON ( Accordingly to your armor, which is at 160con for PRIEST ARMOR, higher CON resulting in higher HP)
20 INT ( LOWEST POSSIBLE)
164 WIS (My COURAGE was at 3.5 which required only 164 WIS) 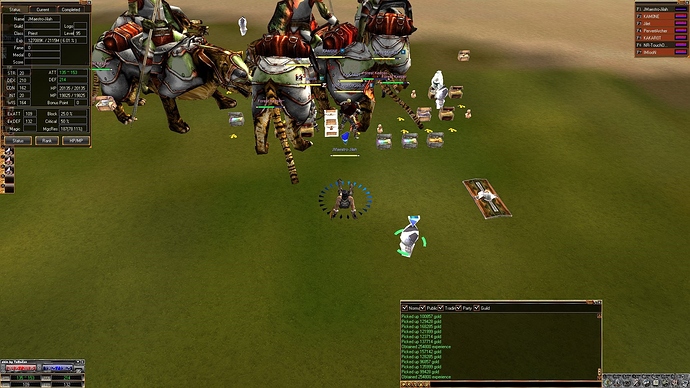 Skills (NO PICTURE ATTACHED) :
FIRST AID 0.1 (To help purifying your teammates/humans when they were knocked by Akkan(s))

4.5 COURAGE (4.5 because WIS only at 164, no need to full because normally CLERIC will have full
COURAGE)

4.5 Conscrete (Contributing MP to your teammates)

Equipment :
Explain what your character uses in terms of weapons, armors, jewels, etc.

Potions :
I only used normal potion such as HEALTH POTION (RED), MANA POTION (BLUE), ARENA POTION (PURPLE) as well as DEFENSIVE POTION (BLACK). ATTACK POTION (YELLOW) is not required as you are a supporter, not damager/attacker.

Strategy :
As I mentioned earlier, I only used 4.5 COURAGE because CLERIC would have full COURAGE to support the team.
On the other hand, you might wanna change your Psalm of Courage/Aura Attack to Psalm of Bright/Aura Defense when you have 2 priest in one party, and the other one have one of those skills. Which mean, 1 PRIEST will have Aura Attack, and another PRIEST will have Aura Defense. 1 Priest cannot use 2 aura at the same time as only 1 Aura is active at one time. If you pressed on Aura Attack, the Defense Aura will wear off immediately. That is why you need to change it accordingly and make sure each Priest only have 1 Aura at one time, so both Aura (Attack and Defense) have effects on your teammates/party.

It is also important to always use your MANA POTION when you wanted to cast your skills during on the battlefield, or any war because without consuming, any direct damage either magic or physical, will cancelled your effort on casting the skills.

This might not be the best build, but this is the most basic stat that you can use when you are at Level 95. Differently on my -DieHard- Priest Character, my CON is at 170 because I am at Level 97 which gives me more skill point to add into my Priest, in which I chose CON because it helps increasing my HP.

I hope this helps you, and WELCOME TO RYL WARFARE.

2x Gem chest has been inserted to your vault